I hope everyone had a good holiday.  Me and my parents didn't do much.  They got me a Keurig coffee maker which I am really excited about.  I bought my mom a new PC.

Posted by Anonymous at 3:34 PM No comments:

The tragedy in Newtown, Connecticut

Last Friday, an unspeakable tragedy hit our nation.  The school shooting that took place at Sandy Hook elementary school is almost too unbelievable for words.  I can only imagine what that community and their parents are going through.  Innocent children were killed in an educational environment by a madman who also killed his mother.

There are no easy words to explain this.  Many liberals will point to gun control being the problem, despite CT having some of the strictest gun laws in the nation.  Some conservatives have suggested that the solution is to arm the principals of school with assault rifles.  No I am not joking. (Link)

The fact of the matter is, guns are not the problem. The killer had a mental illness, that should be obvious.  By no means am I excusing his actions, I find them deplorable regardless of any illness he had.  Mental health  in this country has a stigma to it, people get dismissed by others as 'crazy'.  Now I am not saying I know for sure that this crime could have been avoided by having the killer diagnosed and treated, but atleast it would have been a step in the right direction.

The other tough thing about it is whether or not the individual themselves is receptive to the help or not.  There's an old saying that goes something like "God helps those that help themselves".  You can easily replace God in this sentence with a mental health professional and the saying still rings true.  You have to realize that you have a problem first and get help second.

Another problem I have with this story is the round the clock coverage of it.  A lot of times these types of people crave the attention and that's why they commit such unspeakable crimes.  Granted the killer is dead, he still got what he wanted.  I'm watching football yesterday and I have to be interrupted at halftime by a news report about the tragedy.  24 hour news networks (Fox, MSNBC, CNN) have been covering this story like crazy.  By now I'm sure everyone already knows about it unless you have been living under a rock.  Why not let the investigation continue and move to other news stories, then when some new details emerge that are actually noteworthy report that?  I do understand that is is a national tragedy but with so much media exposure, sometimes I think that it will just encourage copy cat crimes with others looking for attention.

My thoughts and prayers are with the families who have lost and for the community as a whole.  This Christmas will not be a happy one but I hope that time will heal all wounds.
Posted by Anonymous at 11:09 AM 2 comments:

The most wonderful time of the year

Christmastime is here again.  I'm not sure what is different about this Christmas but I feel more "Christmasy" and yes, I realize that's not a word.  I participated in the Reddit Secret Santa and Holiday Gift Card Exchange which I have never done before.  Even though it's really a crap shoot (my match might not send me a gift) I felt great participating in it and sending some random stranger in Michigan some Bacon tea towels.

I have my own apartment in a nice part of town and work has been steady.  I don't mean to brag but life seems to be coming together for me now.  I don't feel as depressed as I did before about certain things in life that had previously bothered me.  I feel comfortable.  There are still things and areas in my life where I feel I need to change (lose weight for example), but for the first time in awhile I am starting to enjoy life more than I have.

I'm not sure what your personal situation is whoever is reading this, but I sincerely hope that you are also having a great Christmas season.  If you aren't, try to remember that it's only temporary.

So I managed to miss the whole campaign season on my blog which was originally supposed to be a politics only blog but has morphed more into a "whatever I want to post about" blog.  How did this happen?

Well I moved into a new place in March, one of my best friends got married in June, work was pretty busy around July. Went on a short vacation with family in August, suffered a few personal problems when I got back that I won't discuss here.  And then of course Borderlands 2, then Black Ops 2 came out so I was gaming a lot.  OK, enough about me and now about the election.

This was one of the dirtiest most hateful elections I have ever seen.  Both sides sought to demonize the other side based on half-truths and sometimes straight out lies.  There was even a debate where Romney tersely talked over the president (and basically told him to shut up) while trying to drive home a point.  This is the President of the US! Show him some respect atleast!

With all that being said I was on the fence about who to vote for.  I slowly started to believe in Romney.  The economy is still bad, maybe a businessman would be better at running the country.  Then that whole incident in Libya with our diplomat being killed.  I ended up getting less and less enthusiastic about voting for Obama and even looked at a few third party candidates that I might vote for.  Ultimately, I did still end up voting for Obama.  Time will tell if he and Congress can get their shit together and fix this country.  I am hoping that we don't go over this "fiscal cliff" in January and that they can come to a deal.  Both sides most compromise for the good of this country.  God bless the USA.
Posted by Anonymous at 2:12 PM No comments:

Wow, I totally haven't updated this in almost a year.  My bad. I'm going to start posting again soon, there's a couple of things I'd like to blog about.
Posted by Anonymous at 1:16 AM No comments: 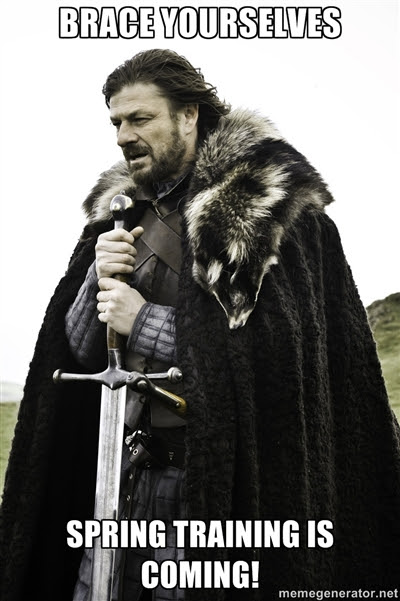 Posted by Anonymous at 11:21 AM No comments:

This is an open letter to Mr. Crane.  The new owner of my beloved baseball team, the Houston Astros.
Mr. Crane,

I have followed this team since I was a kid.  I was only 4 years old when they lost to the Mets in 1986 when they were a game away from making the World Series so I do not have a memory of that.  However, my very first memory of the Astros was meeting Glenn Davis, their star slugging first baseman at a mall in Sugar Land who was signing autographs.  I remember being in awe, of those rainbow colored jerseys, and my hero behind a table signing baseballs for fans.  I fell in love with the team.  I was a member of the Coca-Cola Astros buddies club.  I watched my heroes play in the Astrodome and on TV whenever I could.  Biggio, Caminiti, Bagwell, these were my heroes.  I remember how excited I was in school the day I heard the Astros had made a trade to acquire fireballer Randy Johnson from the Mariners.  I also remember countless playoff losses to the Braves and wondered if we would ever succeed in the playoffs.  I remember the rivalry with the Cardinals, Pujols's homerun off of Lidge, Oswalt's dominance over the Cardinals.  I attended Game 4 of the World Series in 2005.  Although we were swept by the White Sox, I still get chills from that game. The crowd, all the cameras going off.  The chants of "Houston!" ...pause..."Astros!"  We may have ultimately fell short but nothing is guaranteed.  The Astros are my team. Win or lose.


2011 was a rough year. Rebuilding, the Astros lost a franchise worst 106 games.  We all knew this day was coming. Biggio and Bagwell can't last forever. And Oswalt, Berkman, Pence were all gone as well.  Despite the team struggling, the Astros STILL drew over 2 million fans out to Minute Maid Park.  Houston is a great sports town. We love our Rockets, we loved our Oilers, we love our Texans, and we LOVE our Astros.

Please, do not take my team away from me. The Astros will always be the Astros. Do not change the name.

Posted by Anonymous at 3:15 PM No comments: