This post has been a long time coming. I just wanted to take a chance to express my appreciation for everything the Houston Astros have done and how much they have meant to me in my life. IF you aren't a sports fan you might want to skip this post because it will probably quite long.

First of all, I never expected to say this next sentence. The Houston Astros are World Series Champions. The team that started out as the Houston Colt 45s way back in 1962 finally have won a championship. It might have taken longer than expected (55 years!!!) but it finally happened and for that I am eternally grateful.

I started loving the team back around 1988 or 89, when I was about 6 or 7. I can remember my parents taking my and my sister to games back at the old Astrodome. I still remember the first autograph I ever got. It was the Astros all star first baseman Glenn Davis. He was at Westwood mall which is now closed. It was amazing.

The Astros were always a decent team in the ninetys and aughts (2000-2010) largely in part to their 2 soon to be hall of famers, Craig Biggio and Jeff Bagwell. I was a huge fan of both and enjoyed watching them play their whole careers for this franchise. They got close several times but never quite sealed the deal. Prior to this year, they only made the World Series 1 other time back in 2005. That team had Roger Clemens, Andy Pettite, and Roy Oswalt anchoring down the starting rotation. After a stellar playoff capped my numerous exciting moments, they got swept in the World Series by the Chicago White Sox. The bats went ice cold, there's no other way to explain it. Both teams had dominant pitching but their offense was able to get a few more key hits in places than we did. My dad somehow got my tickets to that Game 5 in 2005. I had just graduated college and seeing my team in the World Series (as well as the Steelers Super Bowl win!!) was icing on the cake. Unfortunately it was bittersweet seeing the other team celebrate on our home field. Many Astros fans had sold their tickets and the stadium had a lot of White Sox fans. I have always kind of liked the White Sox also (it started with my research report in high school on Shoeless Joe Jackson) and I remember congratulating a random fan wearing White Sox apperal, but it did sting because you never know when the next time you will be able to make it back there to the championship game. The season is so long and you never know how injuries will play out.

After failing that year, they didn't get back. They tried to reload with veterans while selling the farm system and it never happened. A new owner bought the team later and then the team switched leagues. After growing up watching nothing but National League baseball, it was very odd to see them play with a DH (designated hitter that bats for the pitcher). We were now direct rivals with the Texas Rangers which I thought was kind of cool, but it was all so different. Those first years after we switched leagues starting in 2013 were very rough. 100 loss seasons and low attendance. Being a big baseball fan though, I was optimistic. We have a new owner, a new GM in Jeff Luhnow who I really liked a lot coming from the Cardinals, and the minor league system was finally being rebuilt. We signed Jose Altuve and Dallas Keuchel, we drafted high (those high picks came from the losing seasons) and signed George Springer, Carlos Correa, Lance McCullers, Alex Bregman, etc. Seeing these young guys progress was very exciting, even if it didn't translate to wins and losses yet.

Signs of life started to appear starting in 2015. They made the playoffs for the first time in a very long time. They won the 1 game wild card playoff with the Yankees but then lost the series to the eventual champions, the Kansas City Royals. I went to Game 4 where I saw us lose the lead and bullpen collapse. We lost 9-6 and went on to lost Game 5 in KC. The following year in 2016 they had an off year. There's no other excuse, the team just didn't play well. The finished the year at a respectable 84-78 but it wasn't good enough to get into the playoffs. Then this year came.

The 2016 off season started with some huge Free Agent signings. They signed Josh Reddick and Brian McCann, both former All-stars. They then signed back Carlos Beltran. He was much older now but he played for the team back in 2004. I could be wrong but I still believes he holds the Astros franchise record for most homeruns in the postseason. The team looked like it was starting to jell and they went into spring training with a very clear goal, win a championship. Keuchel was coming off a bad 2016 after winning the Cy Young award in 2015. Altuve was still looking absolutely dominant. Springer was looking awesome and Bregman looked to have a lot of talent that was just finally coming together. They had a dominant first half and went into the break with the best record in baseball. Then they had a huge slump in August and somehow were able to pull off a trade for Justin Verlander before the waiver deadline ended. I was absolutely shocked. Being that we didn't pull of a trade before the trade deadline, I just assumed that we were going to finish the year with the team we have and see where it takes us. Now that we have Verlander and September was starting (last month of the regular season), it was getting real.

The main team that I was worried about in the playoffs was Cleveland. They won 20+ games in a row during the regular season and seemed to be on fire. Luckily for us, they lost out to the Yankees. We beat the Red Sox and Yankees and faced the LA Dodgers in the World Series. It was the first time since 1970 that 2 teams faced each other in the World Series that each won over 100 games in the regular season. These 2 teams were absolute juggernauts and I knew that it was not going to be easy. Especially for the fact that LA had home field advantage. 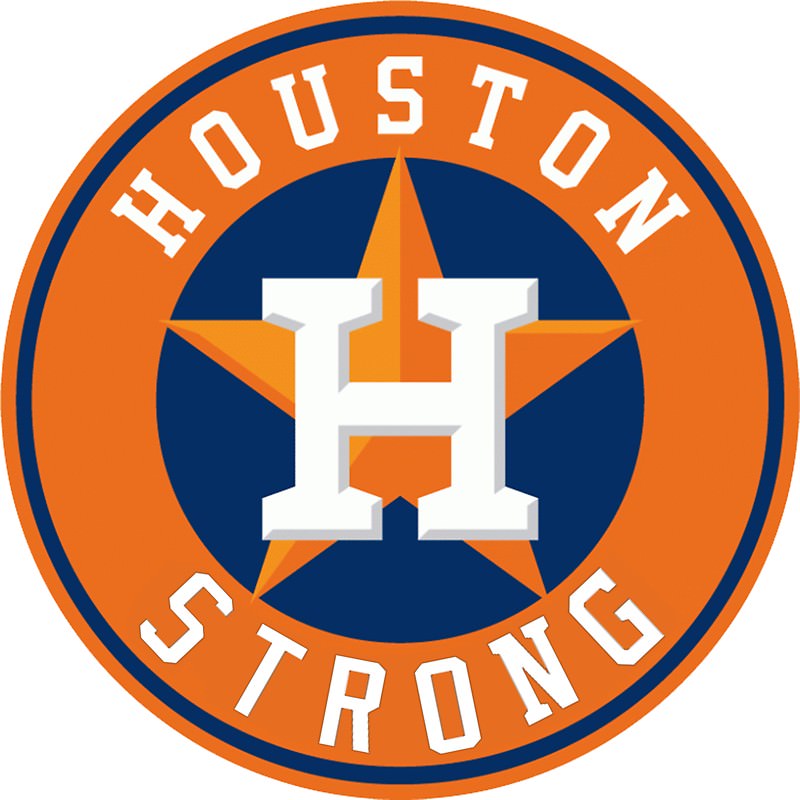